Square -shaped heart is a duo exhibition at CIA03 gallery featuring Moataz Alqaissy and Inge Trienekens. The two artist are resident at Tenjinyama Art Studio and their work draws inspiration from many aspect of their life. In this exhibition Moataz and Inge focus on the aspect of memory alienation and the place of imperfection in a rapid and demanding life. All of which is a topic that manifests itself vividly in Japan for both, its excessiveness and scarcity.

Working with canvas and fabrics, Alqaissy is imprinting some of his observations that he made in Japan, which left an impression on him together with the Japanese art and philosophy and the cherished imperfection whether in our life, bodies to our kitchen utensils. Liberating the canvas from the constraints of its stretcher, Moataz Alqaissy pushes the traditional parameters of what constitutes a painting. His work caries thoughts on the surroundings and images from his childhood.

On the other hand alienation and the yearning to the past is one the main characteristics of our society that Inge Trienekens is trying to show in her work. Inge’s artistic research examines how we display and use pictures, by removing photographs from their original context, such as family albums, picture frames or digital screens the subject itself becomes alienated. During the process and throughout the manipulation of the image, the photograph has to pass through different stages of time. These different stages refer to themes such as loneliness & individualism within our society. 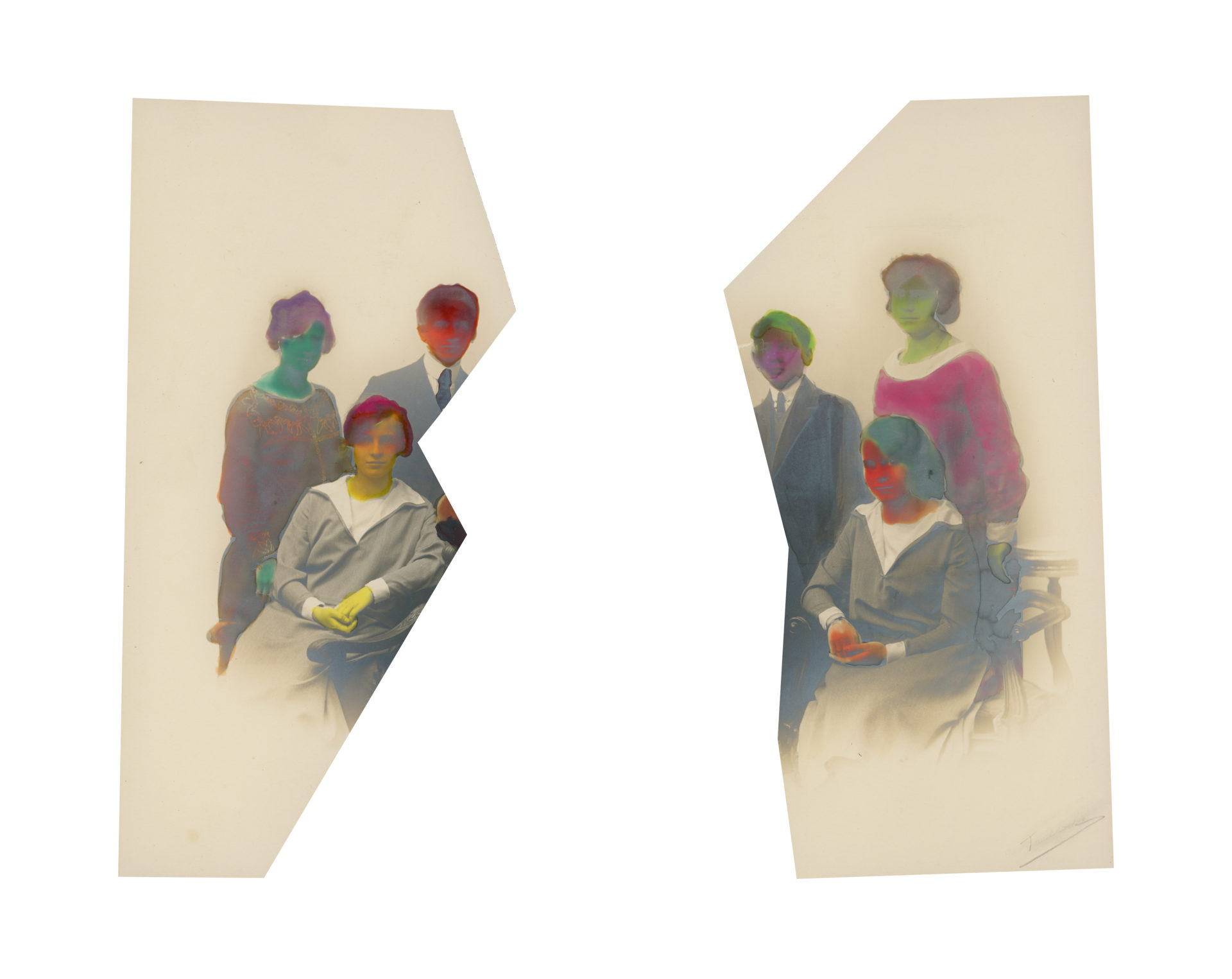 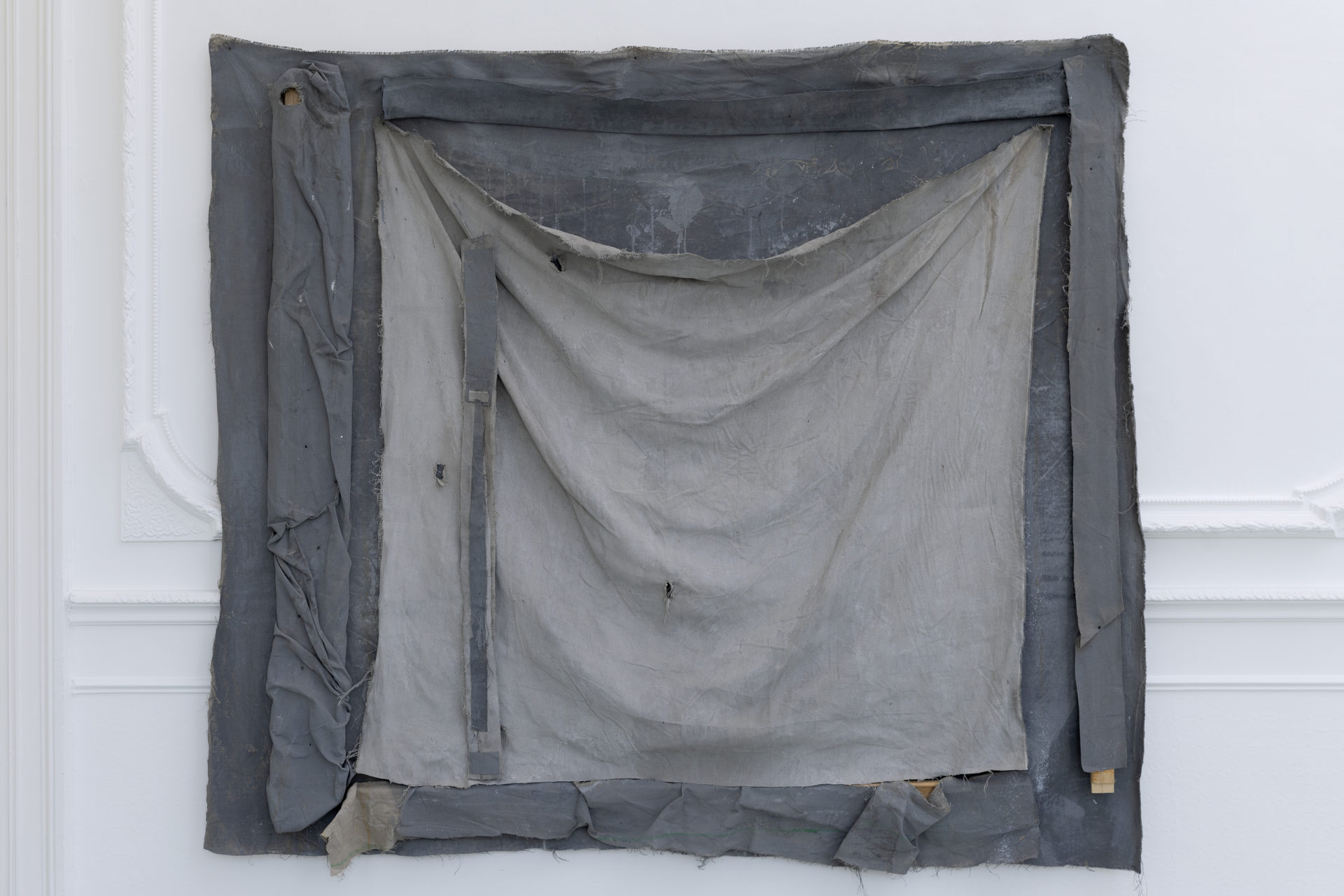 Inge Trienekens (b. 1987, the Netherlands) is a visual artist based in Berlin, Germany.
The works of Inge consists out of pictorial images that are modified by applying various manual and digital techniques.
With the distortion of photographs and found imagery, she looks up boundaries within photography.
She experiment with the surface of an image to create new narratives.
Inge’s artistic research examines how we display and use pictures.
By removing photographs from their original context, such as family albums, picture frames or digital screens the subject itself becomes alienated. During the process and throughout the manipulation of the image, the photograph has to pass through different stages of time.
These different stages refer to themes such as alienation & individualism within our society.
When Inge browsed through her family archive, she got the same nostalgic feeling as when she finds herself at a flea market, going through old photos of unknown people.
Looking for something familiar. Somehow this made her feel like an intruder, as if she had invited herself into somebody’s home where they weren’t expecting her at all. By diving into unknown archives, where the portraits, often staged, seem almost unreal. It feels like these earnest looks will haunt you forever.
Whereas family snapshots are a treasured possession for many people. These archival photographs reminded Inge of discarded second-hand items. On sale for a few cents at a flea market, the photographs appear to have lost their value and are looking for a second chance at life. The moment these photographs fall into the hands of a stranger, the family narrative comes to an end and the main characters slowly dissolve into anonymity.

If you are concerned about whatever it is you want to do, you dream about it. You wake up in the morning and you’ve got a solution. You work it out. There is always tomorrow
– Sam Gillian

Liberating the canvas from the constraints of its stretcher, Moataz Alqaissy (°1986, Baghdad) pushes the traditional parameters of what constitutes a painting. In 1965 Donald Judd wrote “The main thing wrong with painting is that it is a rectangular plane placed flat against the wall”, declaring that painting in the traditional sense has become a dead end. The notion of ‘painting being no longer relevant’ is a recurrent theme in recent art history. However, it also caused artists to think further, to reflected on the medium and trying to break it free from its barriers. How can we push its limits? What about the spatial relation between a painting and the room in which it is hung? What defines a painting and what can it become?

Inspired by artists as Sam Gilliam (°1933, U.S.A.) or Simon Callery (°1960, U.K.), Moataz Alqaissy plants himself in this tradition, pursuing his own answers. His work introduces a shift in visual hierarchy, liberating the canvas from its frame and turning an historically ignored element, into the dominant, primary part of the work. On the floor of his studio, he cuts, drips, pours layers of thinned gouache, adds pigment, sculpts in a mould, folds, deforms, … Even though the artist starts from a preliminary sketch, it’s the creation process that determines the final piece. In the end, the work is hung on the wall. Only then, the artist can spot the missing element or ‘its weakness’, before finalizing the piece. The process is dynamic and is seen by Alqaissy as an ongoing conflict between the primary and painterly elements, between spotting the problem and finding a solution.

Although this approach seems merely formal; each work has its own meaning and story. Being born and raised in Iraq, and currently living in Belgium, Alqaissy is balancing between two cultures. It determines the shape, colour palette and idea behind each piece. However, the artist refuses to manifest himself as explicitly activist and considers his paintings as a mere extension of himself and his background. By detaching the canvas from its classical function, his paintings manifest as free forms, subtly expressing human emotions, while evolving into a new spatial experience. 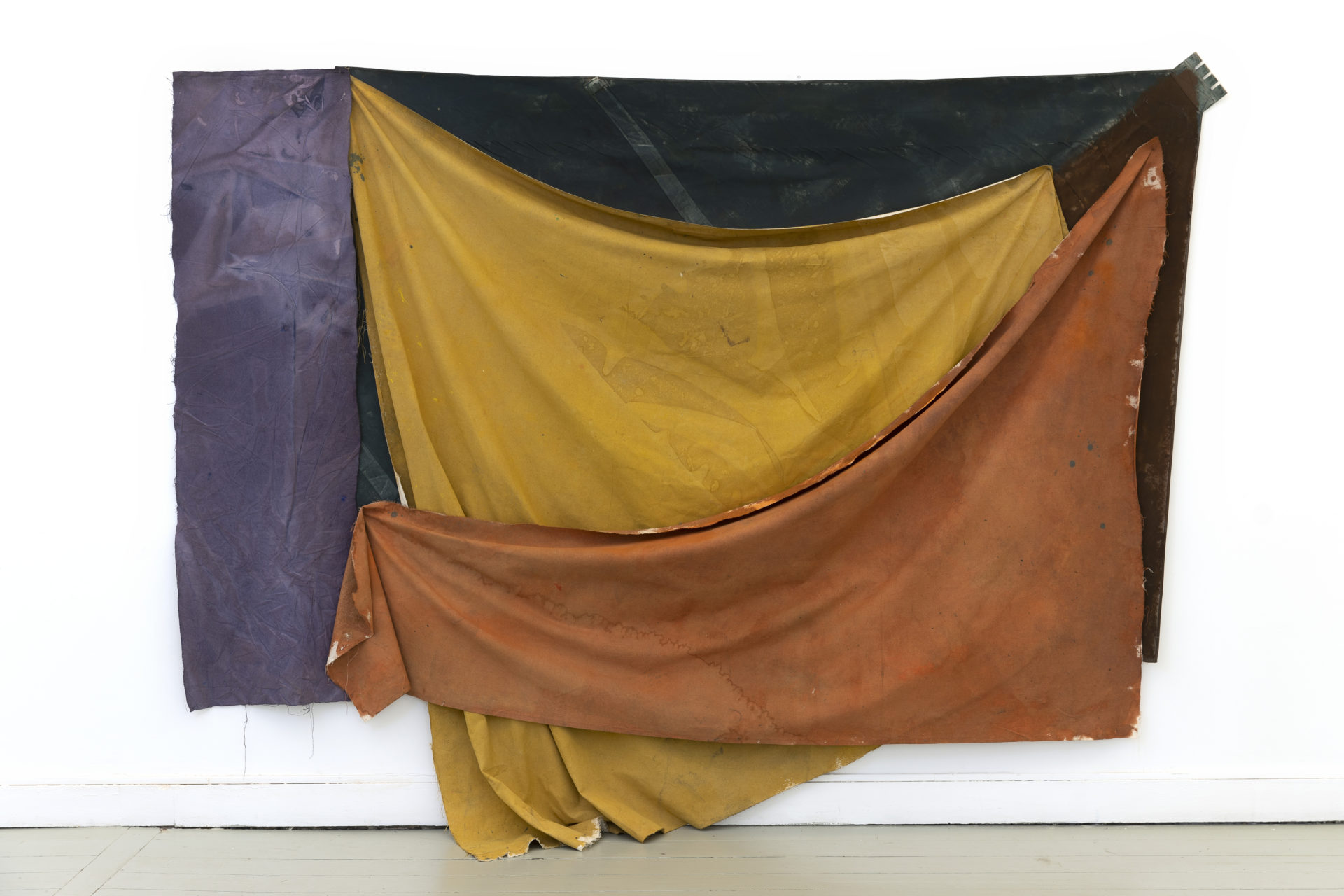